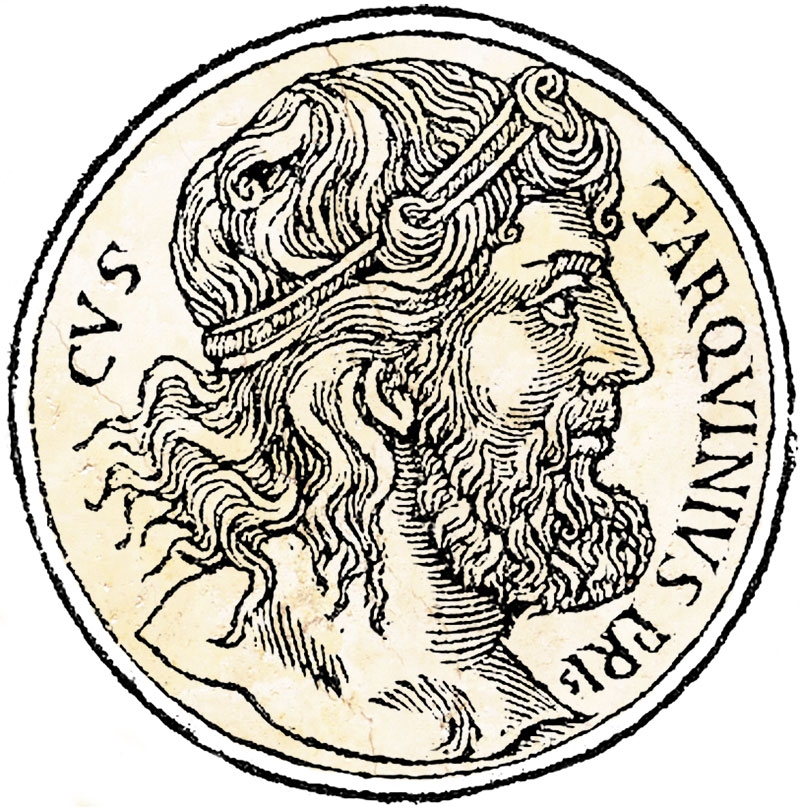 According to Livy, an Etruscan named Lucumo*, from the city of Tarquinii, migrated to Rome during the reign of Ancus Marcius. His prospects in Tarquinii were limited because his father was foreign born, a Corinthian, and the Tarquinii distrusted foreigners. His wife, Tanaquil, from a prominent Tarquinian family, was also ambitious for him. She suggested they go to Rome because that city was young and the aristocracy there not so ancient and settled as that in her native city. Lucumo was already a wealthy man but he desired social prominence as well. Livy said that he was a man of courage and activity. *Lucumes may have been an Etruscan term for patrician.

He also promoted his own good fortune by his affable address, by the courteousness of his invitations, and by conciliating those whom he could by acts of kindness; until a report of him reached even to the palace; and by paying court to the king with politeness and address, he in a short time so improved the acquaintance to the footing of intimate friendship, that he was present at all public and private deliberations, foreign and domestic; and being now tried in every trust, he was at length, by the king’s will, appointed guardian to his children.

Priscus was the first person to actively lobby for the kingship. When Ancus Marcius died, his sons were on the threshold of puberty. Priscus sent them away hunting while he made a bid for the throne. In this he was successful.

Once in office, he increased the senate with his own partisans. These were heads of younger families who were called Minorum Gentium.

Priscus reformed the army, strengthening its cavalry arm by doubling their number. This change was rewarded by a Roman victory over the Sabines in which the new cavalry arm played a significant role.

Priscus fought wars against the Sabines, Latins and Etruscans. During his reign various Latin towns fell under Roman influence–Corniculum, old Ficulea, Cameria, Crustumerium, Ameriola, Medullia, and Nomentum. It is important to remember that many of the so called “towns” were actually centralized worship centers and defensive strongholds surrounded by villages. This is Theodore Mommsen’s position and the archeology bears him out.

It was Priscus who had the floor of the Murcia valley marked out for a circus. He also designated seating for the people of Rome by social status, permitting the senators and knights to construct their own benches (called fori).

The king also built drains to prevent the forum area from flooding. And he had the top of the Capitoline hill terraced and prepared for the building of a temple to Jupiter.

During his reign, a young boy, by the name of Servius Tullius, was involved in a prodigy (he was on fire when he slept with no adverse effects) seen by the queen, Tanaquil. He was adopted the by royal family and made heir to the throne. 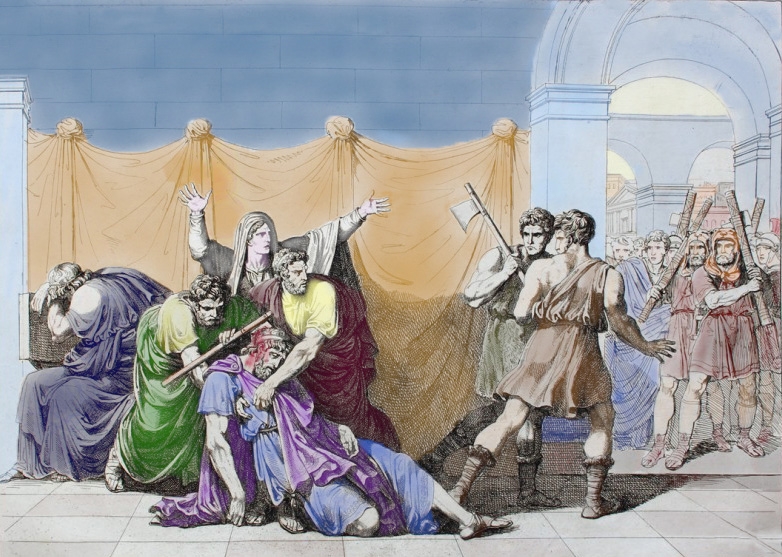 The sons of Ancius Marcius, resentful at the loss of their patrimony, upon learning that Servius Tullius was to succeed Lucius Tarquinius Priscus, had the king murdered.