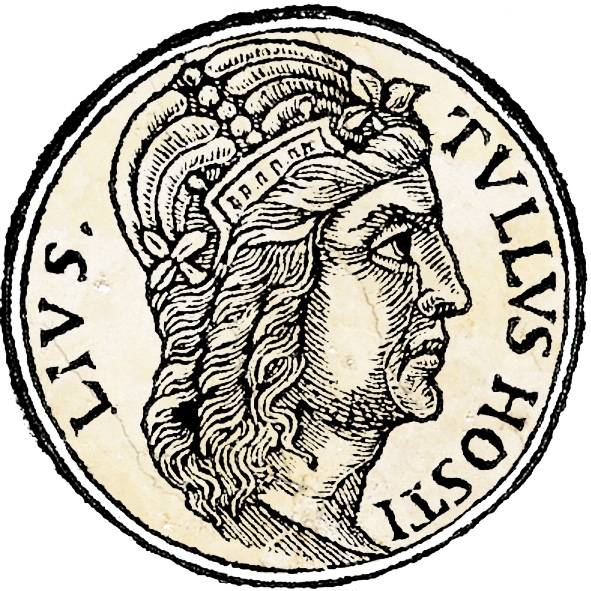 This period in Rome’s history is characterized by the struggle for survival; especially with surrounding local cities such as Alba Longa, Fidenae and Veii The strongest cultural influence at this time is the Etruscan civilization to the North (in what is today Tuscany), a people thought to have originated in Asia Minor and migrated to Italy in the distant past. Much of Roman religion, ritual, architecture, art, and political symbolism derived from the Etruscans before Hellenistic forms took root.

Tullus Hostilius looks for a war

Unlike Numa Pompilius, his predecessor, Tulus Hostilius was not interested in religion and was even more warlike than Romulus. He thought the Romans had grown soft under the rule of the previous king. It so happened that certain citizens of Rome and Alba Longa had each raided the others’ lands and both rulers were seeking restitution. Each sent embassies demanding compensation. Each refused. The city states each declared war upon the other. The Albans marched an army into Roman territory and surrounded the city. But the Alban dictator, fearing that the Etruscans would take advantage of Roman-Alban hostilities, proposed a battle between champions to decide their fate rather than a full scale conflict. Tullus Hostilius agreed. The Horatii and Curiatii (three brothers each) were chosen to represent Rome and Alba Longa respectively. To complicate matters, the brothers were related to each other by blood, and both families had intermarried, and one of the Curiatii was at the time betrothed to a sister of the Horatii. The six men fought each with one surviving. The Romans ultimately destroyed Alba Longa and incorporated the Albans as citizens thereby doubling the size of the Roman body politic. This was a most unusual way to treat a defeated enemy. But this open attitude toward augmenting the Roman state and awarding citizenship to outsiders is what made Rome stronger than her neighbors.