The first Samnite war between Rome and the Samnites resulted in a stalemate. The bone of contention was Capua and the Campanian plain.

Threatened by the Samnites, the Capuans and Sidicians of Teanum combined forces and tried their luck on the battlefield. They suffered two defeats. They then requested a defensive alliance with Rome. The Romans, however, already had a nonaggression treaty with the Samnites, and Campania fell within the Samnite sphere of influence. Desperate, the Capuans unilaterally offered to give up their sovereignty and submit to Roman rule (deditio). This was an offer the Romans could not refuse. Ultimately, Capua went to the Romans and Teanum was left to the tender mercies of the Samnites. 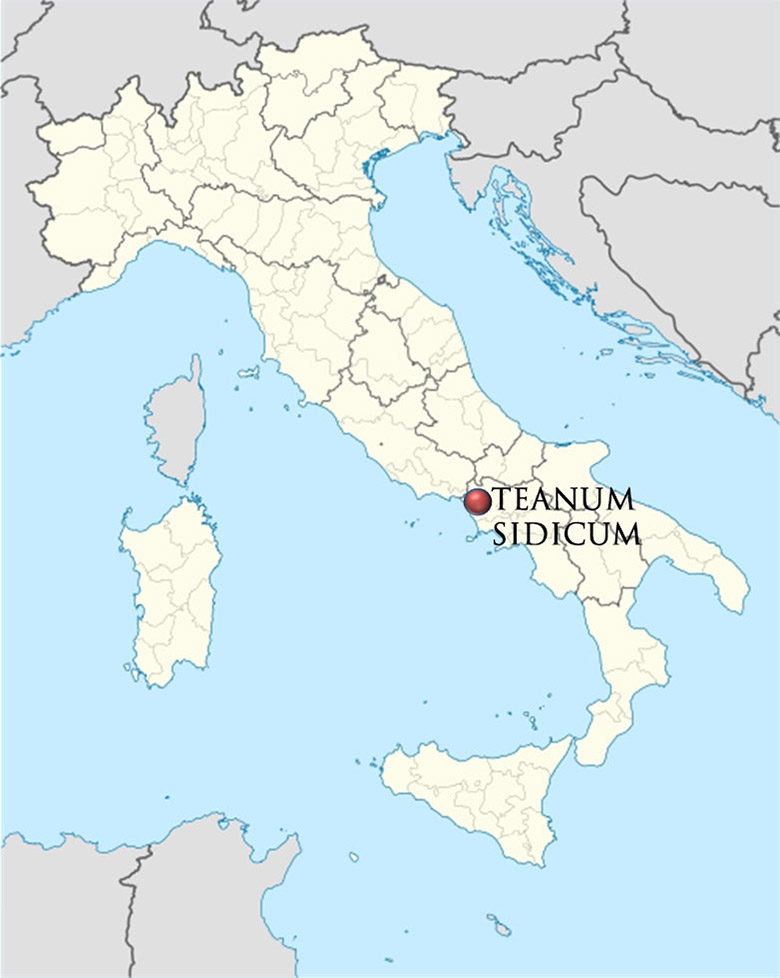 Teanum Sidicum was the capital of the Sidicini tribe. The town was threatened by the Samnites before the first Samnite war. Together with Capua the Sidicini appealed to Rome for help against the Samnite threat. At the conclusion of the first Samnite war, Teanum was given over to the Samnites, while Capua was kept by the Romans. Later, when Teanum fell under Roman rule, the city was grouped with other cities of Campania and provided troops for war under the Campanian banner. 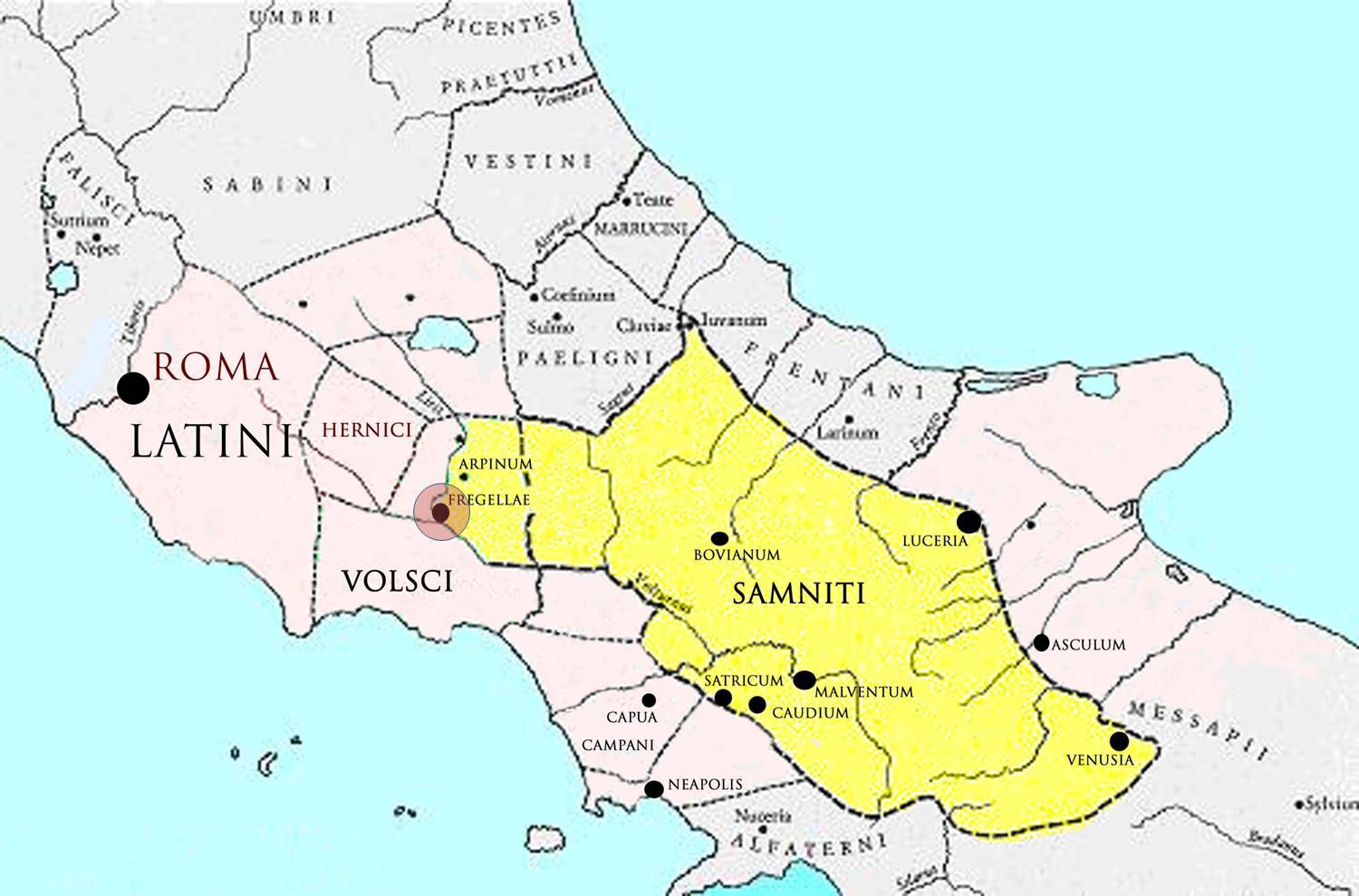 Fregellae was a town destroyed by the Romans in a war with the Volsci. After the first Samnite war the town wound up in Samnite territory, on the Samnite side of the Liris River. Nevertheless, in the years following the first war, the Romans established a colony on the site. The Samnites complained but to no avail. The Roman colony at Fregellae was the casus belli of the second Samnite war.

After the first Samnite war, the Romans had to suppress an uprising by the Latins and to consolidate their acquisitions in the lands of the Volsci and Campanians. The Samnites were doing the same in their sphere of influence.

A consequence of the expansion of both Rome and Samnium was that they now had a common border along the middle Liris River. The Romans, energetic as ever, founded a colony at Fregellae, a Volscian city they had destroyed decades before. The site controlled access to the strategically important Liris valley. Only one problem; Fregellae was located on the Samnite side of the Liris River. The Samnites saw this as an act of aggression. It was the causus belli for the second Samnite War.

The Liris Valley today.
It was described in ancient times as broad and bountiful. After the first Samnite war, the middle and upper Liris valley fell within the Samnite sphere of influence. The Romans planted a colony at Fregellae which gave access to the valley and caused the second Samnite war.

The second Samnite war can be divided into two phases; the first phase lasted from 326-to-321 BC, after the Romans were defeated at the battle of the Caudine Forks. As a result, the Romans were forced to give up their colonies at Fregellae and Cales.

After a 5-year interlude, the fighting resumed in 316 BC, the second phase. For the next few years, Roman historians record Samnite invasions of Latium and Campania, but Roman organization proved superior and Rome defeated all of the Samnites’ allies (Etruscans and Gauls) in the north, kept the other powers (Tarentum) out of the war and others on their side (Campanians). Roman armies would then invade Samnium yearly until peace was made in 304 BC.

In addition to the vast gain in territory, some ancient sources suggest that the Romans adopted the manipular military formation of the Samnites as a result of their early successes.

The Second Samnite War was one of Rome’s great struggles. It was decisive because it paved the way for Roman supremacy on the Italian peninsula.