Treaty between Carthage and Rome 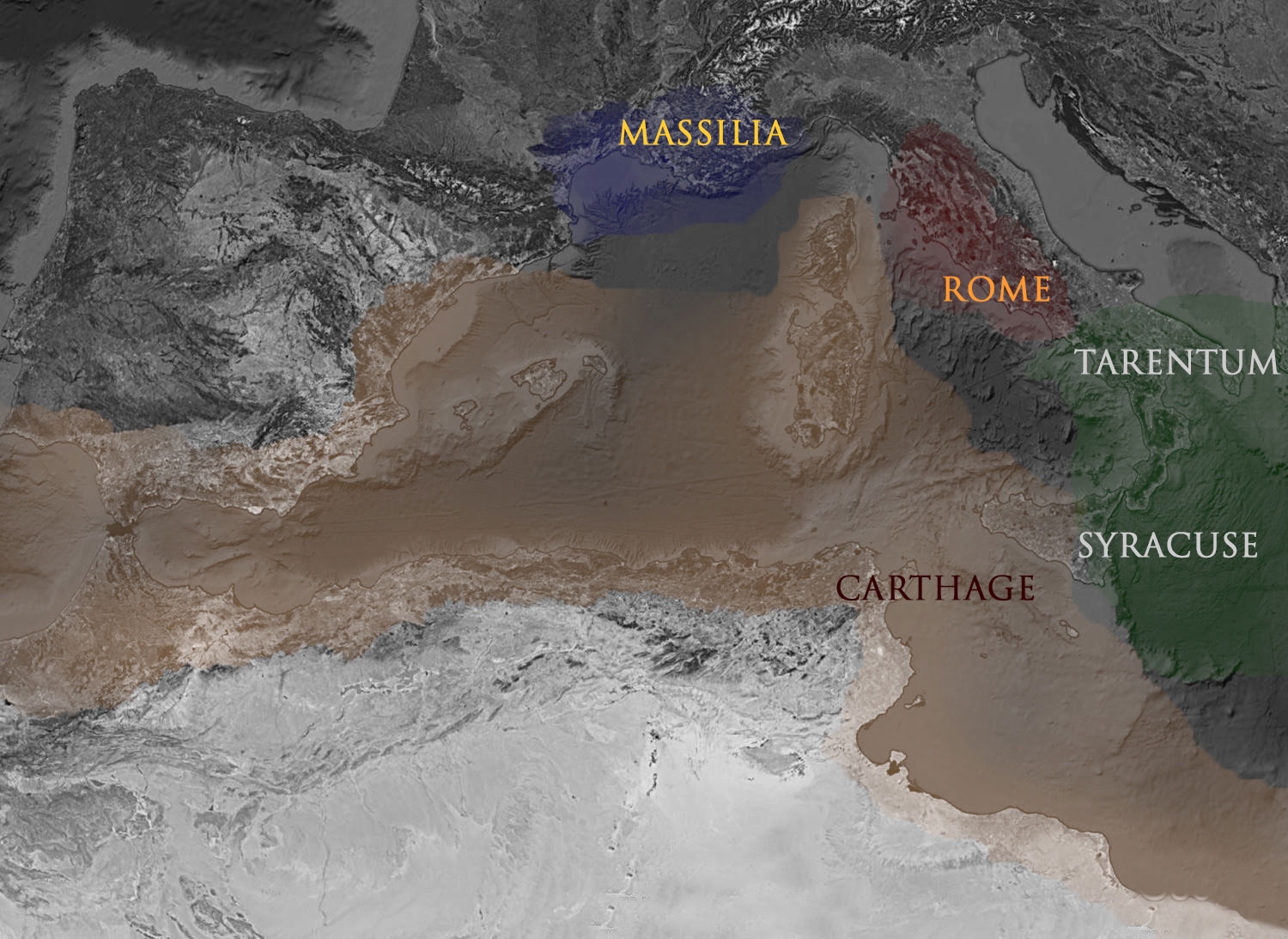 There were two treaties signed between Carthage and Rome before the war with Pyrrhus (280 BC). The first was signed in 509 BC, the first year of the Roman Republic. The second was signed in 348 BC.

Essentially, the treaty demarcated the areas where Roman and Carthaginian trading vessels could sail. In the first treaty, the Roman state was weak, weaker than the Etruscan confederation to the north and the Greek city states to the south, and Roman sailing and trading was restricted to western Italian coastal waters. The Carthaginians, on the other hand, had the run of the western Mediterranean including the islands of Corsica, Sardinia and most of Sicily. Given that the Roman state was struggling for survival against Tarquinian revanchism (Tarquinius Superbus supported by the Etruscan king Lars Porsena of Clusium), the Etruscan city of Veii, the Latins and Italic hill tribes, she had little maritime capability or interest. If fact, there was no conflict of interest between Carthage and Rome.

The second treaty (348 BC) between Carthage and Rome took place 161 years after the first. Rome is now an intermediate power, Etruria is greatly diminished, Rome dominates the Latin communities, and she has allied herself with the cities of Campania that are being threatened by the Samnites. Nevertheless, the second treaty has many provisions found in the first.

Some key provisions of the treaty of 348 BC (Proto-mercantilism?)