After the Gallic sack of Rome and after the Romans decided to rebuild their burnt city, after agreeing not to migrate to Veii, they understood that they had to build a strong defensive wall. This was a monumental undertaking that required a huge amount of material and human resources.

The city had already outgrown its existing defenses, the population having spread far beyond the Palatine and Capitoline hills. The new wall had sixteen gates. It was 32 feet tall, in places, and 12 feet thick, made of volcanic stone called tufa. 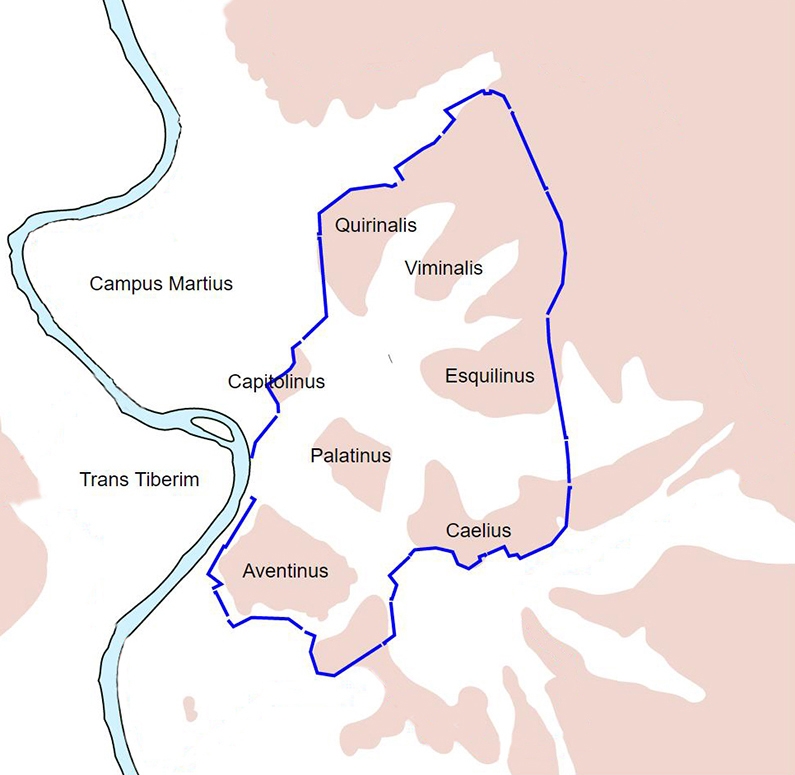 Enlargement of the City of Rome — Servian Wall