Legendary founder and first king of Rome (Roma Quadrata) on the Palatine hill. He was the twin brother of Remus, son of Rhea Silvia (daughter of the deposed Alban king Numitor and niece to her uncle, Amulius, who overthrew him) and a father of unknown origin (Rhea claimed it was the god Mars). Raised by a shepherd, Romulus and his brother Remus were actually brigands. Plutarch thinks Romulus and his brother were descendants of Aeneas. 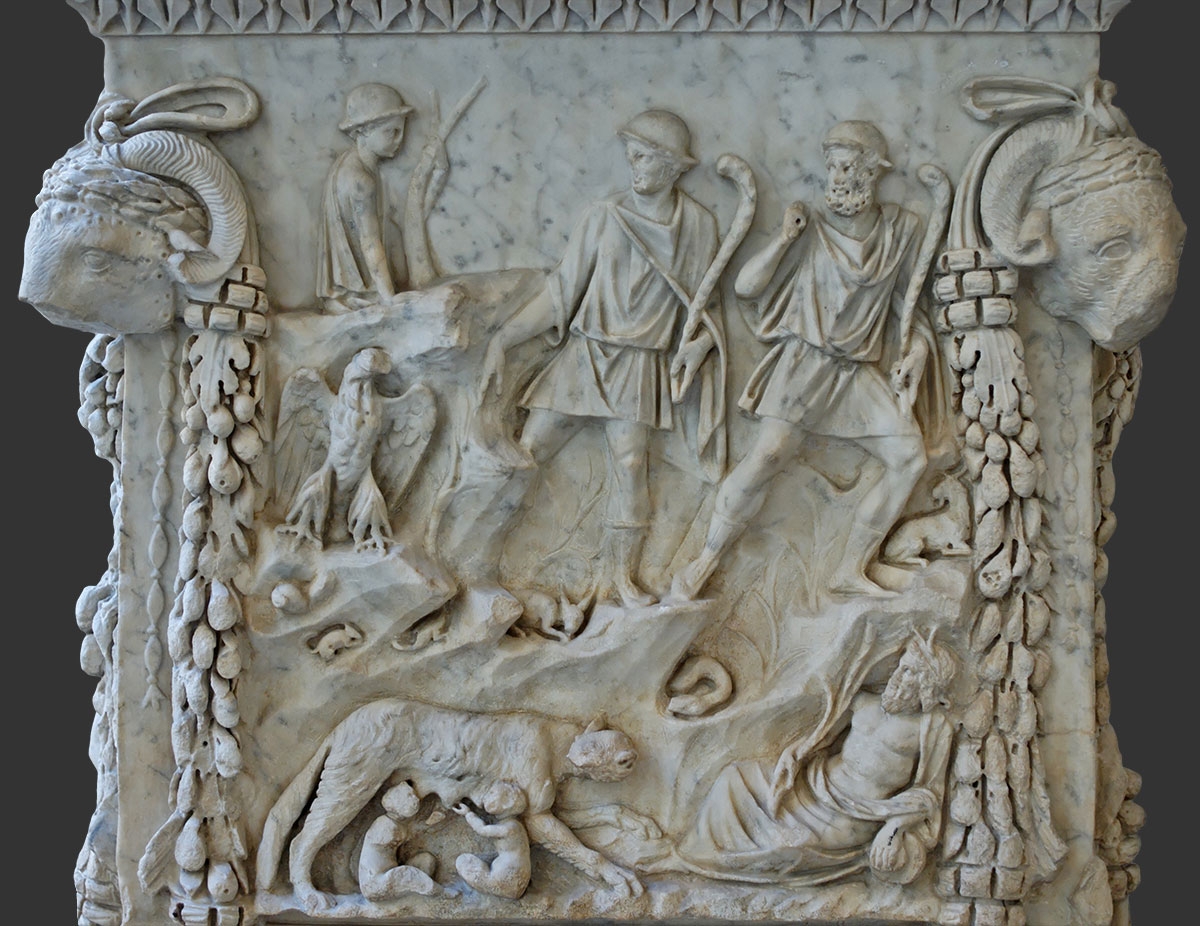 Altar showing Remus-Romulus legend/myth (Palazzo Massimo alle Terme): The twins Romulus and Remus are suckled by a she-wolf in a cave (lupercal) at the foot of the Palatine Hill. The lupercal shrine from Augustan times was located in 2007 by Italian archeologists (See Andrea Carandini). The twins are surrounded by personifications of Tiber and Palatine. This panel is from a marble altar to Mars and Venus dedicated sometime in the reign of Trajan (98-117 AD), later reused as a base for a statue of Silvan. The altar is from the portico of the Piazzale delle Corporazioni (Square of the Guilds) in Ostia Antica. This image is available for use under the Creative Commons Attribution-Share Alike 3.0 Unported license.
BACK
READ MORE
TIMELINE