The sixth king of Rome, Servius Tullius may have been the descendant of slaves. Nevertheless, because of his special nature, he was adopted into the royal household of Lucius Tarquinius Priscus. He was especially favored by the queen Tanaquil, who promoted him at every turn. 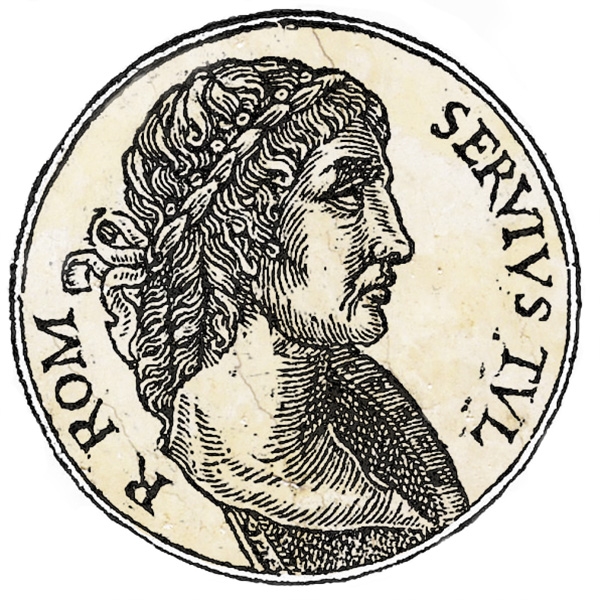 With the death of Lucius Tarquinius Priscus, Tanaquil promoted Servius Tullius as acting monarch. He met with various dignitaries and adjudicated cases, pretending, on occasion, to consult with the king. This masquerade went on for a while until the queen announced that the king had in fact died.

Tullius formally ascended the throne and began the most significant work of his reign, the introduction of the census and the ordering of the social classes. These he divided by wealth. He also assigned military obligation by the same measure.

Tullius also expanded the number of tribes from 3 (Ramnes, Tities, Luceres) to 7 (adding Suburana, Esquilana, Collina and Palatina). This was not the only expansion over which Tullius presided. He enlarged the Roman pomerium to encompass the Quirinal, Viminal and Esquiline hills. Also, the Cloaca Maxima was completed and the forum area further developed. 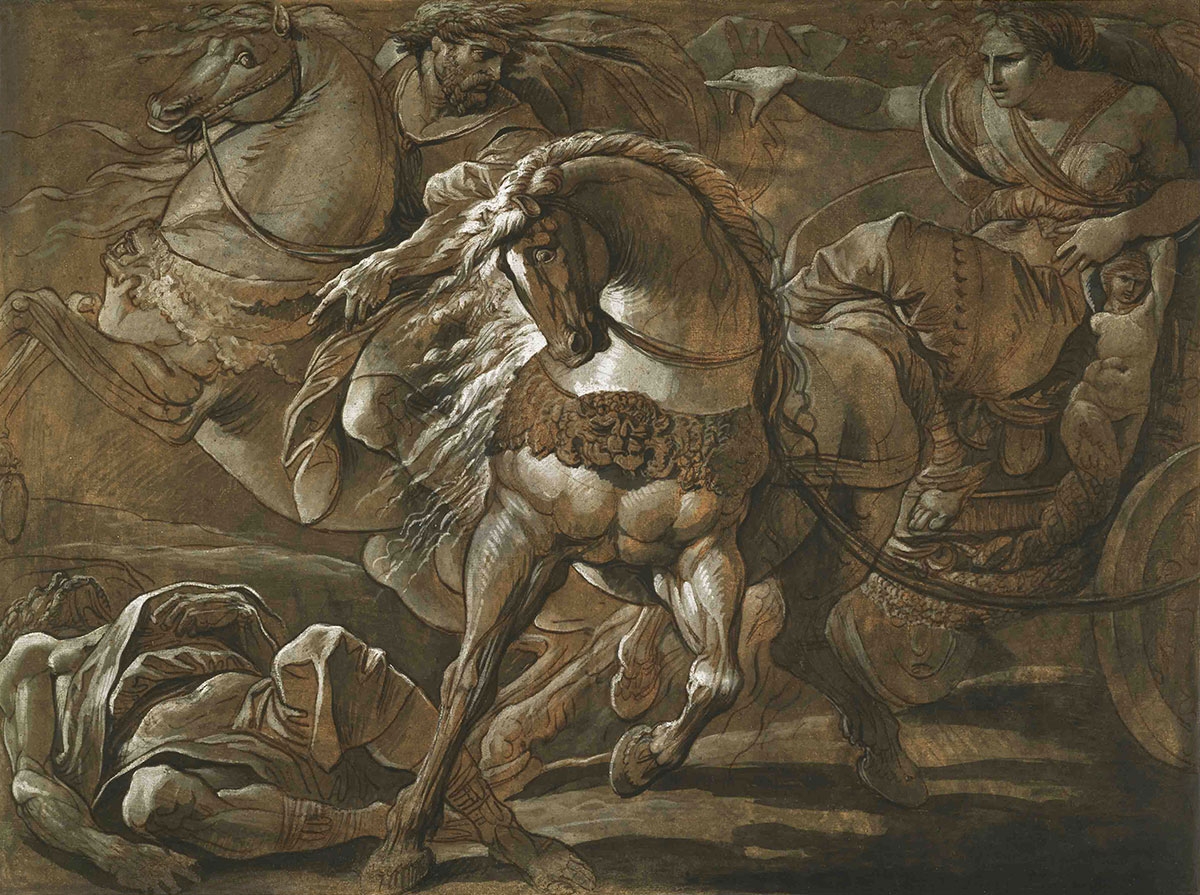 Tullius was killed by Tarquinius and his followers. His body was then flung into the street where Tullia, his daughter, was being driven in her carriage. She committed a sacrilege by having the carriage ride over her father’s body. This drawing is in pen and brown ink by Guiseppe Cades and is from the Getty Museum Collection.

Tullius was murdered by his daughter, Tullia, and her second husband and the last king of Rome, Lucius Tarquinius Superbus.