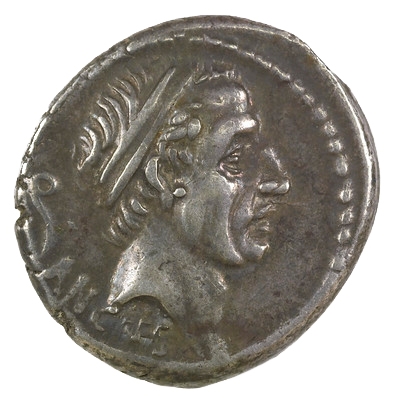 Ancus Marcius, the grandson of Numa Pompilius, was the fourth king of Rome. He admired Tullus Hostilius, who made the Roman state larger and stronger, but felt that the religious policies of Numa Pompilius had been neglected and should be reanimated.

However, Ancus Marcius’ policies were perceived by the neighboring Latin tribes as a sign of weakness or at least the sign of a preoccupation with the spiritual world at the expense of the material one. Thus they made some incursions onto Roman land, raiding cattle and the like, thinking that there would be no consequences.

They were surprised at how mistaken they were. They paid for their bad judgement by losing the city of Politorium and being forcibly resettled on the Aventine hill and incorporated into the Roman body politic. Later the cities of Telleni and Ficana were taken and their citizens also resettled on the Aventine. The Janiculum hill was also settled by Latins.

Ancus Marcius was responsible for building a defensive ditch (Fossa Quiritium) around the low lying areas of the city in order to provide protection against invaders.

Under Ancus, the Maesian forest was taken from the Veientes. Rome also extended her control down the Tiber to the coast, where salt pits were created. Roman control of the river all the way to the coast allowed the city to serve as an entrepot for Latium because there were few good natural harbors on the west coast of Italy. So there was little competition from other harbor towns in the region.

Keeping in the spirit of his grandfather, Numa Pompilius, Ancus formalized the process of declaring war.